Welcome to blog about my university work

Whatever you design, it is very important to design it right first time! This is the reason why we always need to do discovery phase to find out what users want/need and design product exactly the way they want so it is easy for them to use and they like design.

Persona is a real or a fictional person who represents users for project – giving clear idea what they would like to see on the site, what they are their expectations and needs.
Information are collected by individual interviews, user testing, contextual interviews.

I asked my persona about three words that automatically come to their minds when  they hear  word ‘William Wilberforce’ to find out descriptive words from which I will later create slogan for my project.

This is what they answered – 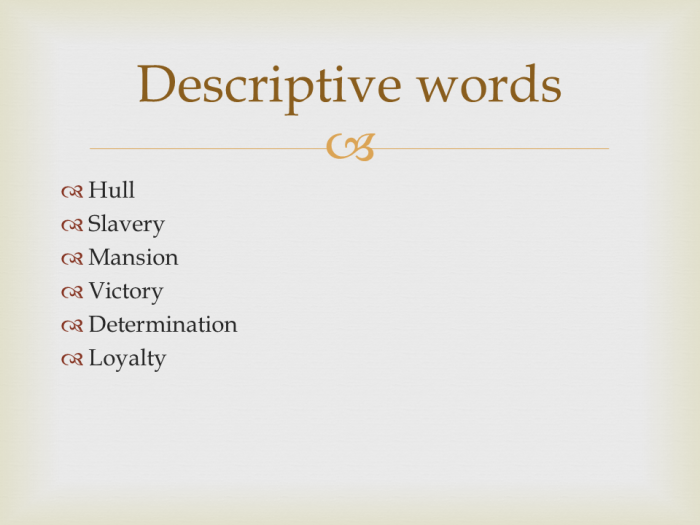 Color scheme will be grey/black/dark brown/white as photos of the house/rooms that I managed to get are in these colors. Also, it will be more suitable for old house as everything in there is in darker colors. 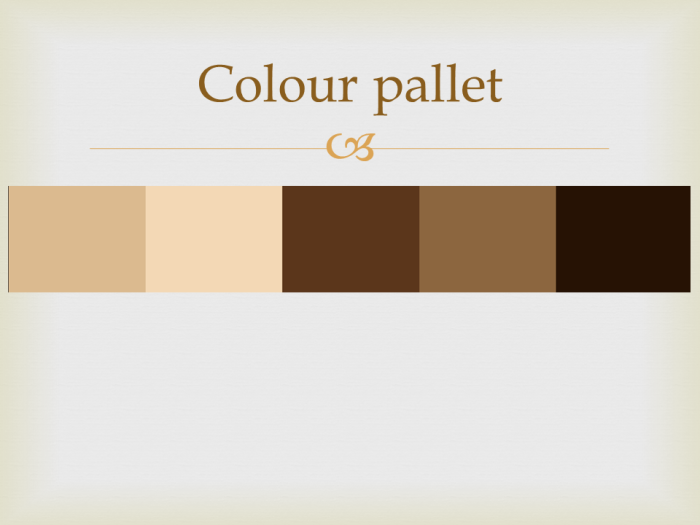 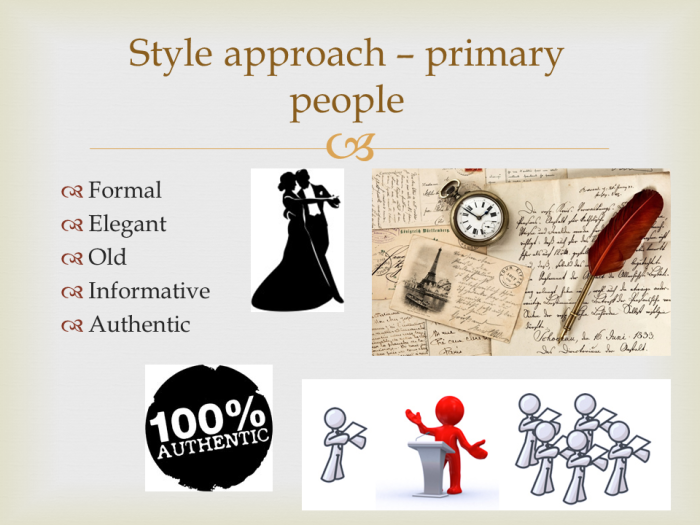 Mood boards are created to show what kind of emotions we want to create in users.
This is my mood board created for this project (pictures used are downloaded from Google!) – 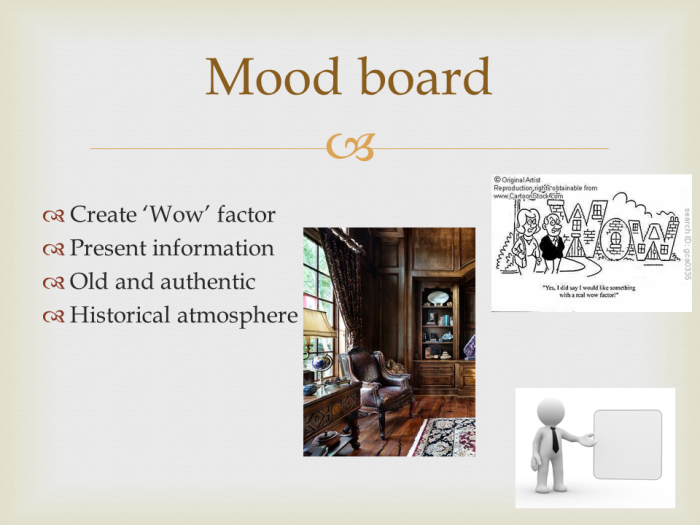 I decided to make changes to the original idea for this project. If you wish to read more about it, please click here. I wasn’t able to track down any images of what rooms could look like when William Wilberforce lived in the house, but I managed to get pictures of a few rooms in the house after year 1884.
The change for this project will be that I am not going to display rooms from William Wilberforce time as there are no images available but I will display rooms from year 1884 where the house was used for business purposes.

My last museum that I can visit and get information I need for this project is Hull History Centre.

I went there and all they could find about William Wilberforce house (what I needed) was pictures of the house mostly from outside, some interior photos, from no earlier than 1884 which is not what I need.

However, I still chose 6 photos that I could use in my project and photocopied them.
Here they are –

I had a look at The Victoria and Albert Museum’s website to see if I can find out information/pictures of furniture from William Wilberforce house.

When I tried to search for things that should be lent to this museum such as series of Chippendale, Hepplewhite and Sheraton design, an inlaid satinwood oval table and mahogany drop-leaf table with ball and claw feet; the silver tea urn dates to 1760 and bears the Wilberforce crest; clock made by Pridgin of Hull, c.1780; fireside chair and the reading chair (formerly belonging to Lord Carrington who was associated with the Wilberforce in banking); the Sheraton writing table, Chelsea floral centrepiece and two Queen Anne chairs in the adjoining room. (‘Wilberforce house’ history and collections (eleventh edition) written by John Bartlett, M.A., F.M.A., Director in 1968; page 5) – I got some results mostly of chairs but information said nothing about belonging to William Wilberforce.

However, when I typed his name into search, I got some results for example his portrait (click here), amulet and dish that was previously lent to William Wilberforce Museum in 1983.

Overall, I didn’t find anything important.

I decided to visit the museum again and get photos, more information and talk to people working in the museum about what it looked like before, find out if they have any material that would help me with this project.

First I had a walk around again, took photos and got some more information about the house itself and William Wilberforce life. I found out that he didn’t spend a lot of years living there. He was born on the 24th August 1759 as thirds child (4 children all together) but first son. He lived very wealthy life as a child in Hull and when he was 7, he went to Hull Grammar School (1766) with traditional classical education, studying Ancient Greek and latin. After death of his father in 1768, he was sent to live with uncle and aunty in London. He spent there three years of his life and was brought back to Hull by his mother. However, he missed his uncle and aunty and life in London. He didn’t spend many years in Hull anyway as he left to boarding school (St.John’s College at Cambridge University) when he was 17. This is all from his life in this house. He spent rest of his life in London but visited his mother often after his dad’s death.

I asked people who work there if they know more information and maybe have pictures, photos…basically anything that could help me more. They said that most of furniture is now in the Victoria and Albert Museum in London. The only thing that they had was little brochure called ‘Wilberforce house’ history and collections (eleventh edition) written by John Bartlett, M.A., F.M.A., Director in 1968. 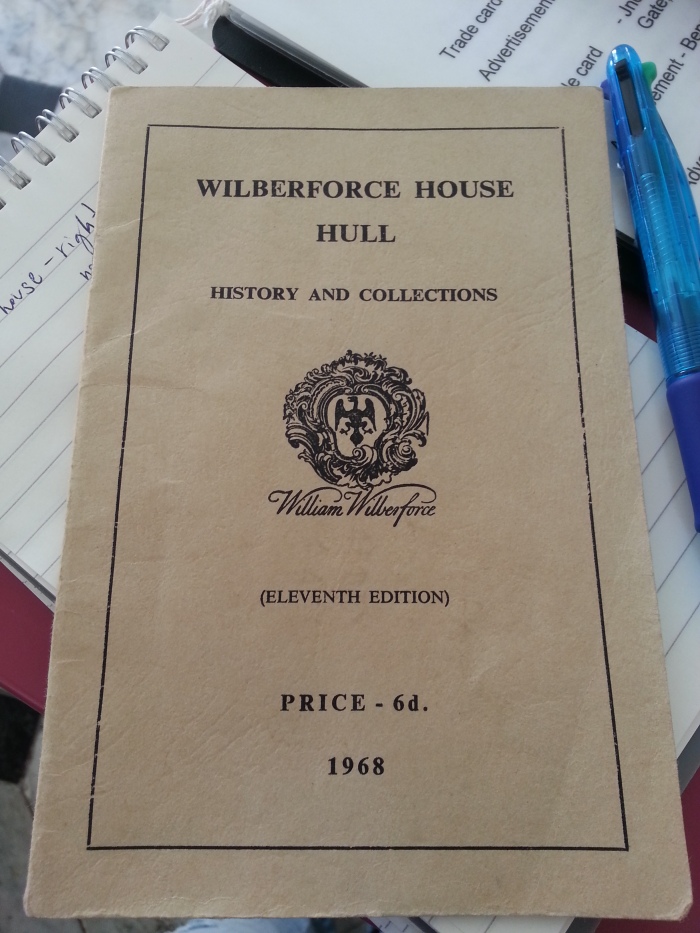 I couldn’t take it with me as it is the only copy they have so I at least took photos of each page so I can read it later. 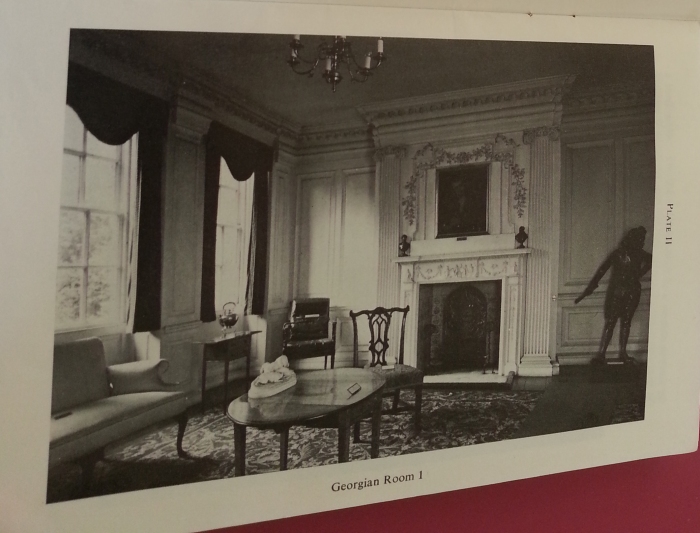 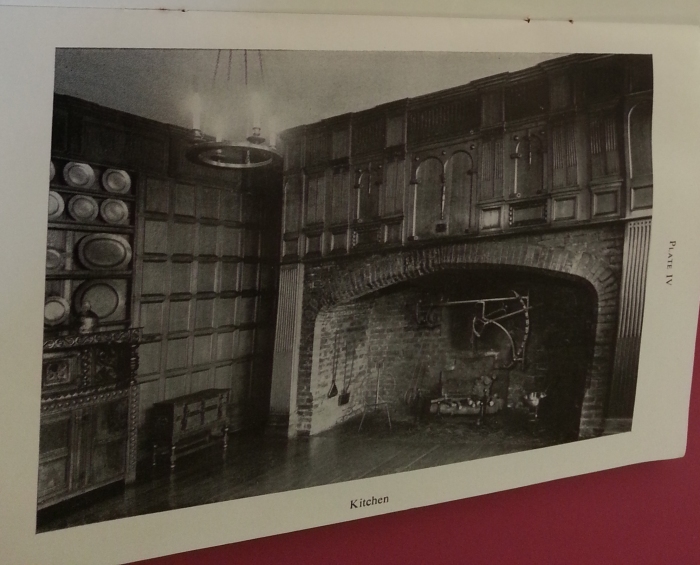 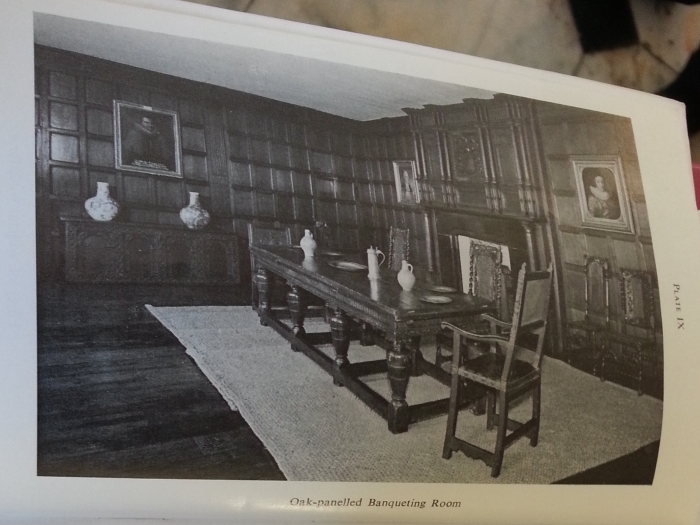 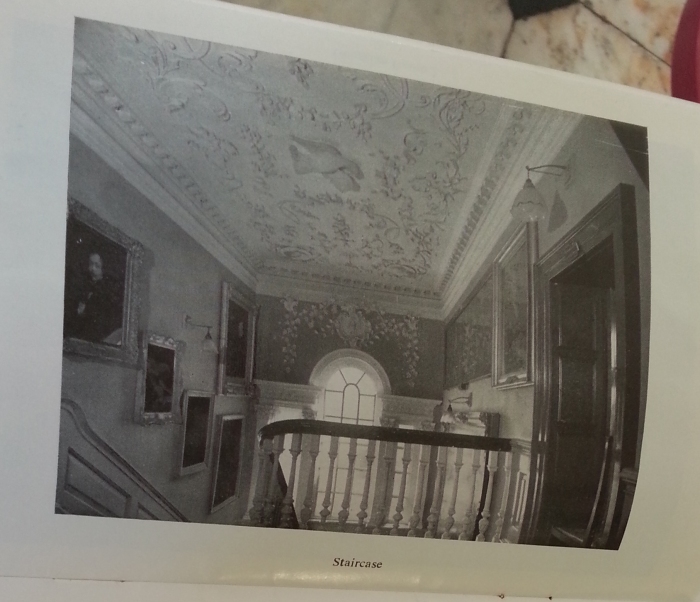 To check code of your website, there is great help for it by W3C which is called Markup validation service – www.validator.w3.org

This website gives users ability to validate their websites by URL, straight file upload (if website is not uploaded on to server yet), but also direct validation of code.
Basically, all users have to do is copy URL and paste it into ‘address’ and click ‘check’. If there are no errors/warnings then it’ll produce little icon which users can copy into their websites as a sign that websites are fully correct in codes.

This website also gives users option to set up document type and character encoding to make sure that URL/file will be checked correctly.

It is based on exactly the same thing like validator I talked about above, it even has the same layout but it is for CSS check of websites.

Great tools for creating wire-framing for websites are Cacoo and Wix.  Wix is also recommended by W3schools. 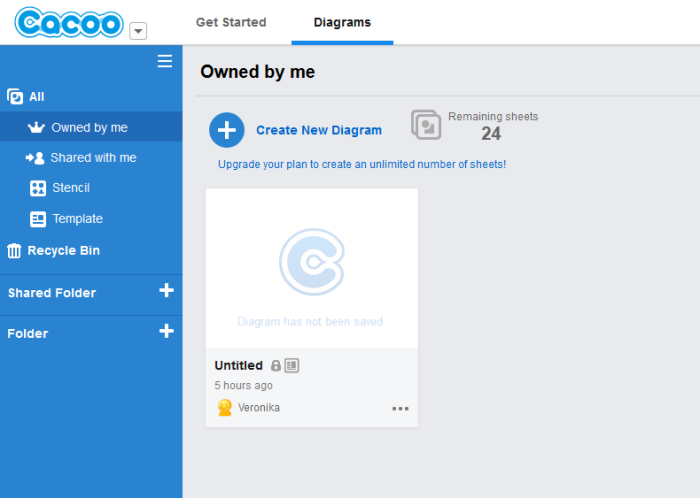 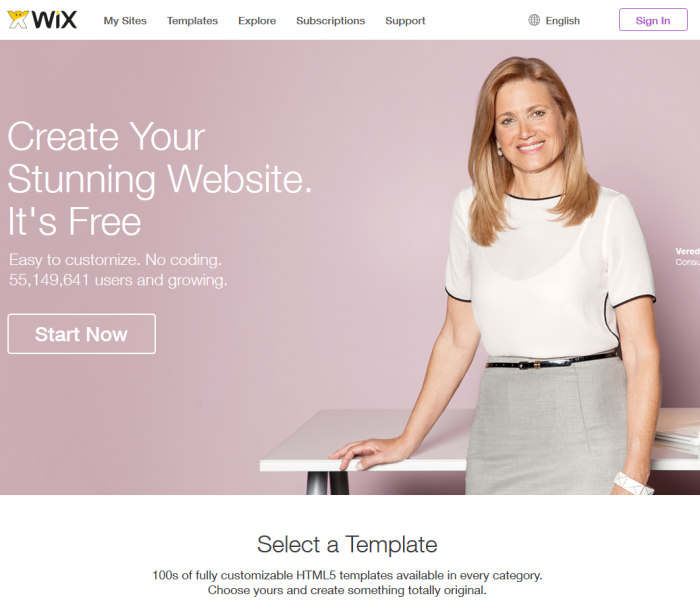 I personally prefer cacoo.com better because it gives me more freedom in what I want to design. There are options to choose from templates that users want to design for – tablet (landscape/portrait), desktop, mobile, Iphone, Ipad.

This is what users can design in this program, full mock up of the site but also wire framing (this template was already design by cacoo.com!) 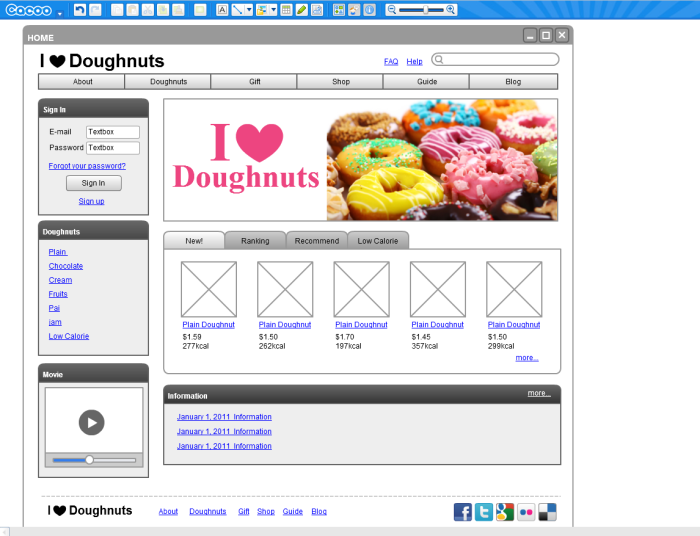 While doing my research about already existing museum exhibitions’ websites, I came across to The National Gallery website where I found painting called The Four Elements: Earth by Joachim Beuckelaer (1569) which is part of the group of The Four Elements. 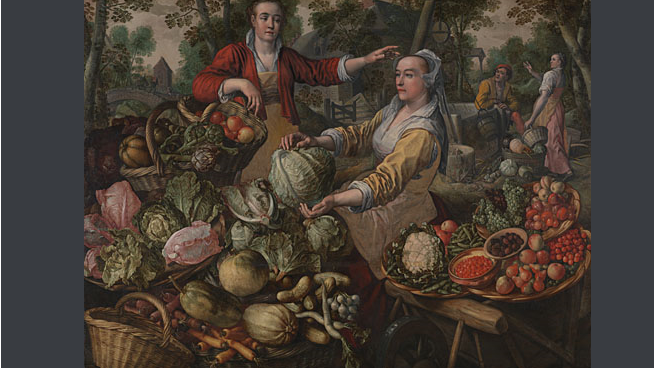 The author of this painting created symbolism for earth by vegetables that need earth to grow.

Air was created by painting birds – 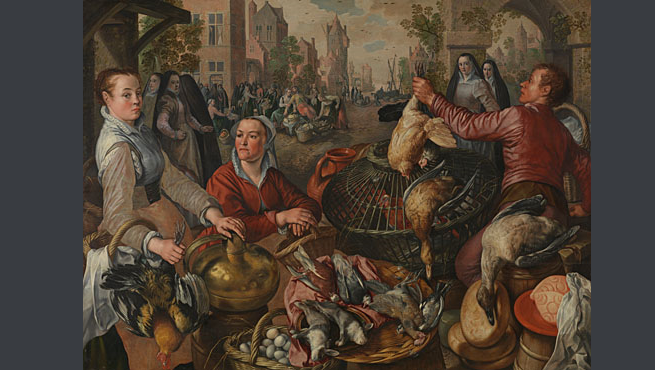 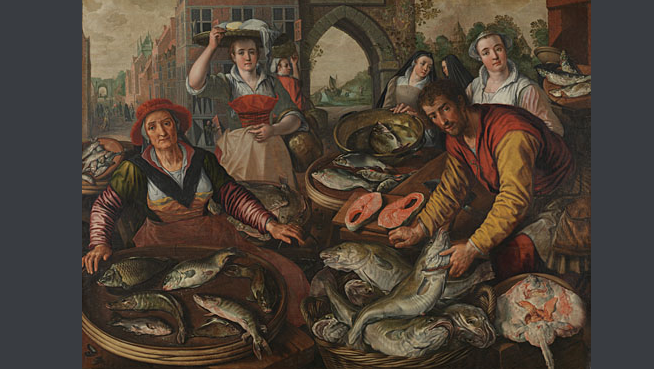 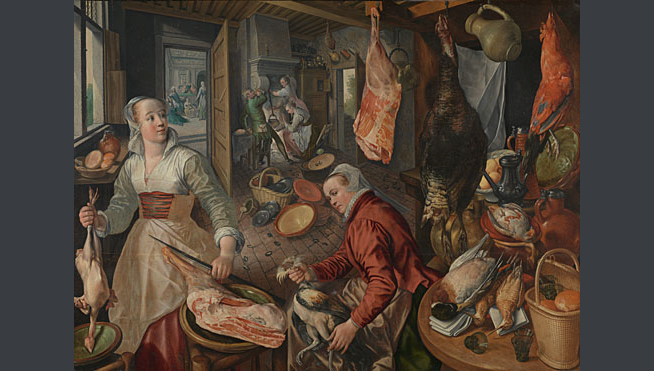 After seeing these paintings, I came to conclusion that four elements can be displayed in many ways by symbolism.
That is why I decided to do research about how I can express four elements in different ways.

Exhibition is about four elements (wind, water, fire, earth) and that is why I had a look at already existing museum exhibitions on internet. I came across to a lot of exhibition websites about different topics and realized, that most of them are using the same layout just content of them changes as exhibitions last usually a few weeks and then they change. That is why keeping the same layout for the sites is practical.

From all websites I had a look at, this two ones grabbed my attention in sense of how great was information presented and also how easy was to find it on the site. 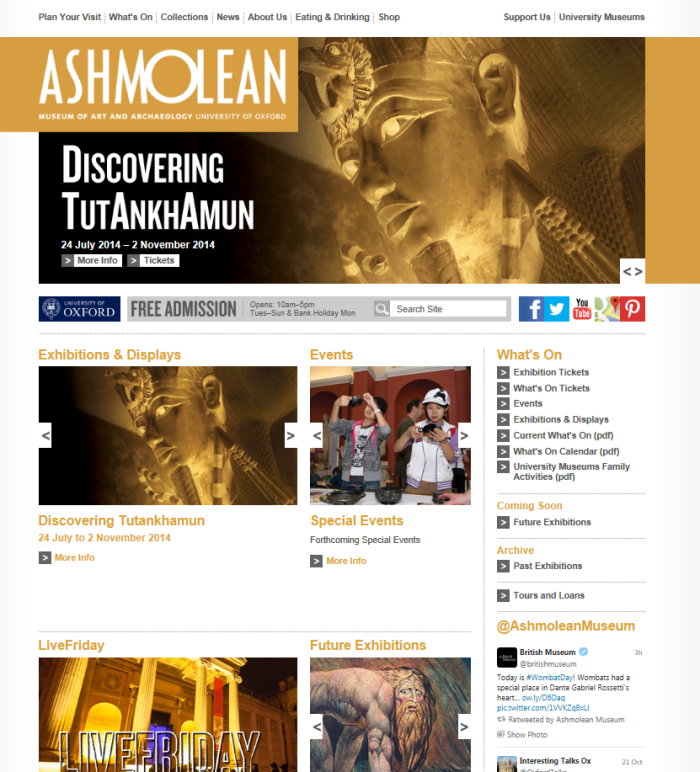